Iredell is home to the city of Mooresville! a large town located in south western section of Iredell County, North Carolina, United States and is a part of the fast-growing Charlotte Metro area. The population was 32,711 at the 2010 United States Census.[5] In 2019, the population had increased to 39,132,[6] making it the largest municipality in Iredell County. It is located approximately 25 miles (40 km) north of Charlotte. Mooresville is best known as the home of many NASCAR racing teams and drivers, along with an IndyCar team and its drivers, as well as racing technology suppliers, which has earned the town the nickname "Race City USA". Also located in Mooresville is the corporate headquarters of Lowe's Corporation and Universal Technical Institute's NASCAR Technical Institute.

The area that would develop into the town of Mooresville was originally settled by English, German, and Scot-Irish families who moved into the area from nearby Rowan County, as well as from Virginia, Pennsylvania and elsewhere. Many were seeking new lands on which to establish farms. Many of the early families such as the Wilsons, Davidsons, Cowans, Sherrills, Torrances, and others came to the area as early as the mid-1700s. They formed small communities that eventually grew into the community known as "Deep Well", which took its name from a large natural well that was found in the area.

Many of these families established large farms, primarily of cotton, which grew into small plantations by the 1850s. Major Rufus Reid was the most prominent planter in the area, enslaving 81 African Americans on over 2,000 acres (810 ha) of land. His property was known as Mount Mourne Plantation, named after the Mourne Mountains of County Down in Northern Ireland. Several other historic plantation homes are set in the area as well, including the Johnson-Neel House, the Cornelius House, Forest Dell Plantation, and the colonial era Belmont Plantation.

In 1856, a railroad was placed on a ridge that crossed the land of a local farmer by the name of John Franklin Moore. A small scale planter, Moore set up a depot on his land, and encouraged others to help establish a small village on the location in the late 1850s. The little village, known as "Moore's Siding", was born. The Civil War hampered developments, with the railroad tracks being removed to aid the Confederate efforts in Virginia. After the war, the tracks were returned, and Moore's Siding slowly began to prosper.

Shortly after the Civil War, John Franklin Moore saw the need for the village to incorporate into a town. The town was incorporated as Mooresville in 1873. Moore helped to establish the first brick factory in Mooresville, and built some of the first brick buildings on Main Street. He died in 1877, and his wife, Rachel Summrow Moore, continued the development of the town.

In 1938, artist Alicia Weincek painted the mural North Carolina Cotton Industry in the town's post office, having won a WPA competition for the commissioned work.

The Mooresville Moors were a minor league baseball team who played in the Class D North Carolina State League from 1937 to 1942. The league ceased operations for two seasons due to World War II but was reorganized in 1945.

Selma Burke, a prominent sculptor during the Harlem Renaissance who was born and raised in Mooresville, created the bust of President Franklin D. Roosevelt for the Four Freedoms plaque on the Recorder of Deeds building in Washington, D.C. The bust would later be used for the image on the United States dime.

On October 3, 2015, Duke reported that a sinkhole had formed at the base of the Marshall Steam Station dam on Lake Norman. The Department of Environmental Quality (DEQ) says Duke placed a liner in the hole and filled it with crushed stone.[11] 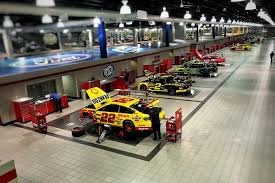 Find a Home in Iredell County

See All Neighborhoods
The data relating to real estate on this website derive in part from the Internet Data Exchange program. Brokers make an effort to deliver accurate information, but buyers should independently verify any information on which they will rely in a transaction. All properties are subject to prior sale, change or withdrawal. Neither website owner nor any listing broker shall be responsible for any typographical errors, misinformation, or misprints, and they shall be held totally harmless from any damages arising from reliance upon this data. This data is provided exclusively for consumers’ personal, non-commercial use and may not be used for any purpose other than to identify prospective properties they may be interested in purchasing. Some IDX listings may have been excluded from this website. © 2022 Canopy MLS.

Based on information submitted to the MLS GRID as of Jan 24, 2022 4:10:am. All data is obtained from various sources and may not have been verified by broker or MLS GRID. Supplied Open House Information is subject to change without notice. All information should be independently reviewed and verified for accuracy. Properties may or may not be listed by the office/agent presenting the information

Nearby School information provided by Onboard Informatics © 2022 Onboard informatics. Information deemed reliable but not guaranteed.

The Digital Millennium Copyright Act of 1998, 17 U.S.C. § 512 (the “DMCA”) provides recourse for copyright owners who believe that material appearing on the Internet infringes their rights under U.S. copyright law. If you believe in good faith that any content or material made available in connection with our website or services infringes your copyright, you (or your agent) may send us a notice requesting that the content or material be removed, or access to it blocked. Notices must be sent in writing by email to DMCAnotice@MLSGrid.com.

The DMCA requires that your notice of alleged copyright infringement include the following information: (1) description of the copyrighted work that is the subject of claimed infringement; (2) description of the alleged infringing content and information sufficient to permit us to locate the content; (3) contact information for you, including your address, telephone number and email address; (4) a statement by you that you have a good faith belief that the content in the manner complained of is not authorized by the copyright owner, or its agent, or by the operation of any law; (5) a statement by you, signed under penalty of perjury, that the information in the notification is accurate and that you have the authority to enforce the copyrights that are claimed to be infringed; and (6) a physical or electronic signature of the copyright owner or a person authorized to act on the copyright owner’s behalf. Failure to include all of the above information may result in the delay of the processing of your complaint.